I began doodling state flowers with all the states my husband and I had ever lived. Then I picked basically arbitrarily, mostly picking flowers I thought would be fun to draw or easy to compose a doodle around. These states weren’t super easy to either draw or compose around.

I got carried away when I began my mistletoe doodle, and I nearly took up the whole page with the plant itself. This would have been okay I suppose, but then it wouldn’t have had many doodle elements. I decided to fix my composition issue by weighting a few of the mistletoe stems rather than the whole plant.

Goldenrod is really pretty, but it is difficult to draw in detail. It’s most often drawn as an impression of goldenrod, rather than an accurate close up depiction. It’s so involved, I decided to have relatively open doodle elements.

Bitterroot is almost incandescent in color, so coloring that drawing will hopefully make it really pop. I added other Montana elements in the doodle since the flower itself was relatively simplistic. Also, see a picture of Bitterroot and check out the gross flower buds: 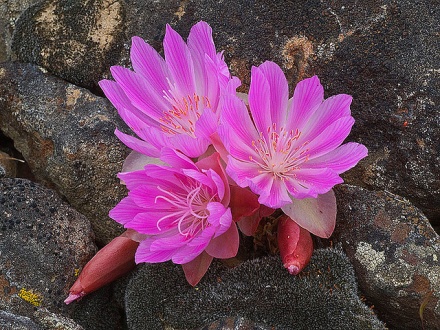 Tried out some new patterns and of course, added paisley.

Rain and fronds and no outlines.